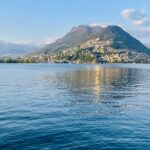 LONDON, UK – Peptone, the molecular computational physics company focused on protein drug discovery, today announced the successful completion of a $40 million Series A financing round to develop the world’s most advanced facility dedicated to solving complex and problematic intrinsically disordered protein structures at scale, pioneering a new class of potential therapeutic targets and drugs. The round was led by F-Prime Capital and Bessemer Venture Partners, with participation from Walden Catalyst Ventures and existing investors, including Hoxton Ventures and dRX Capital, the venture arm of Novartis.

“Disordered proteins operate right at the point where physics becomes biology,” said Kamil Tamiola, Ph.D., Co-Founder and CEO of Peptone. “By taking a rigorous and computer-driven experimental physics approach to analyzing proteins, we can go beyond classical drug discovery approaches and observe protein behavior that algorithms like AlphaFold cannot. This new funding will allow us to further advance our platform and support the investigation of the disordered protein universe towards developing drugs of the future.”

The investment enables Peptone to build a state-of-the-art research facility in Bellinzona, a rapidly emerging biotechnology cluster in the south of Switzerland, bringing together their proprietary atomistic experiments and supercomputing technology. From there, the Company will be able to initiate their own pipeline of unique targets in a range of diseases, including inflammation, cancer and diabetes, and begin experimenting with a completely novel class of medicines — structurally dynamic drugs based on disordered proteins. The funding will additionally support Peptone’s algorithmic engine, which runs on a supercomputer built in exclusive collaboration with NVIDIA in Keflavik, Iceland, and is powered by 100% geothermal and hydroelectric renewable energy.

Around half the proteins in the human body, including many that are crucial in health and disease, have some regions that do not fold neatly into fixed structures and thus cannot be accurately predicted from the underlying genetic sequences. Due to this lack of information, many drug development programs fail because they aim rigidly designed drugs against these disordered targets.

Since its founding in 2018, Peptone has combined atom-level physical protein analysis techniques to create an accurate representation of disordered proteins and protein regions, predicting the best way to target them with drugs. The Company approaches its analysis by merging nuclear magnetic resonance (NMR) spectroscopy and hydrogen-exchange mass spectrometry (HDX-MS), with machine learning (ML) and supercomputing.

Peptone’s technology has been tested through partnerships with major pharmaceutical companies, helping them progress formerly ‘misbehaving’ protein-based drugs against partially disordered targets through the development pipeline.

“As part of our biotech practice, we’ve been studying the intersection of ML-based drug discovery for several years, and Peptone’s approach immediately stood out. Their computational physics-based Oppenheimer platform is uniquely suited to understand the structural dynamics of these difficult-to-drug disordered proteins, which allows them to develop therapies against these important disease-causing proteins,” said Andrew Hedin, Partner at Bessemer Venture Partners. “We believe that Peptone’s technology has vast potential to create many proprietary therapeutics to treat diseases with significant need, as well as to partner on co-development opportunities given their impressive proof-of-concept work.”

“Disordered proteins are important in biology but lack a constant binding pocket. Peptone’s platform exploits the accuracy of experimental techniques with the efficiency of in silico modeling to unlock these targets,” said Alex Pasteur, Ph.D., Partner at F-Prime Capital. “F-Prime is delighted to back this multidisciplinary team on their mission to discover breakthrough drugs.”

“Computational drug discovery is resurgent, but the missing piece is how to understand disordered proteins. We believe Peptone could be the key to completing this puzzle,” said Francis Ho, Ph.D., Partner at Walden Catalyst Ventures “The Peptone team possesses the right combination of world-class scientific expertise, deep collaboration with top pharma and biotech partners, and incredible energy and passion to move mountains.”

Innovative drug discovery pioneers Peptone are applying advanced biophysics, atomic-level experimental approaches, cutting-edge supercomputing and machine learning to the challenge of biopharmaceutical research and development. By bringing these proprietary approaches together, we are exploring the world of intrinsically disordered proteins (IDPs) – proteins without a fixed structure that play a significant role in health and disease – opening up the possibility of novel therapeutics against an entire class of high value and previously undruggable targets. For further information about Peptone and the company’s technology, visit peptone.io.

F-Prime Capital is a global venture capital firm investing in healthcare and technology. For the past 50 years, our venture capital group has had the privilege of backing great entrepreneurs building groundbreaking companies. With over $3 billion dollars under management and a global portfolio of more than 200 companies, we champion those dedicated to creating positive change in the world. In healthcare, we focus on therapeutics, medtech and health IT & services in a stage-agnostic fashion. Our healthcare fund has created or co-created 29 companies including Denali, Beam, Innovent, Orchard and Sana and has helped build many others including Blueprint Medicines, Iora Health, PatientPing, Devoted and Ultragenyx. F-Prime portfolio companies have seen more than 30 products and drugs approved by regulatory agencies worldwide. Our team of investors, engineers, doctors and scientists is committed to bringing the insight, domain expertise and relationships required to help our companies make a transformational impact.

Bessemer Venture Partners helps entrepreneurs lay strong foundations to build and forge long-standing companies. With more than 135 IPOs and 200 portfolio companies in the enterprise, consumer and healthcare spaces, Bessemer supports founders and CEOs from their early days through every stage of growth. Bessemer’s global portfolio includes Pinterest, Shopify, Twilio, Yelp, LinkedIn, PagerDuty, DocuSign, Wix, Fiverr and Toast and has $19 billion of assets under management. Bessemer has teams of investors and partners located in Tel Aviv, Silicon Valley, San Francisco, New York, London, Boston, Beijing and Bangalore. Born from innovations in steel more than a century ago, Bessemer’s storied history has afforded its partners the opportunity to celebrate and scrutinize its best investment decisions (see Memos) and also learn from its mistakes (see Anti-Portfolio).

Walden Catalyst is a venture capital firm helping early-stage companies in the U.S., Europe, and Israel build the next generation of category-defining businesses in deep tech. We back the bold and the daring—trailblazers who are changing the world and making life better for all of us. The firm is led by Young Sohn and Lip-Bu Tan, deep-tech industry pioneers who between them have invested in more than 560 startups across the globe, of which 124 have gone on to IPO. Walden Catalyst’s inaugural fund is focused on early stage deep-tech investments and their team of innovators and entrepreneurs are passionate about disruptive technologies and committed to excellence. For startups, this translates into unparalleled access to operational expertise, global reach, and a network of industry captains eager to help build and scale the companies of the future.